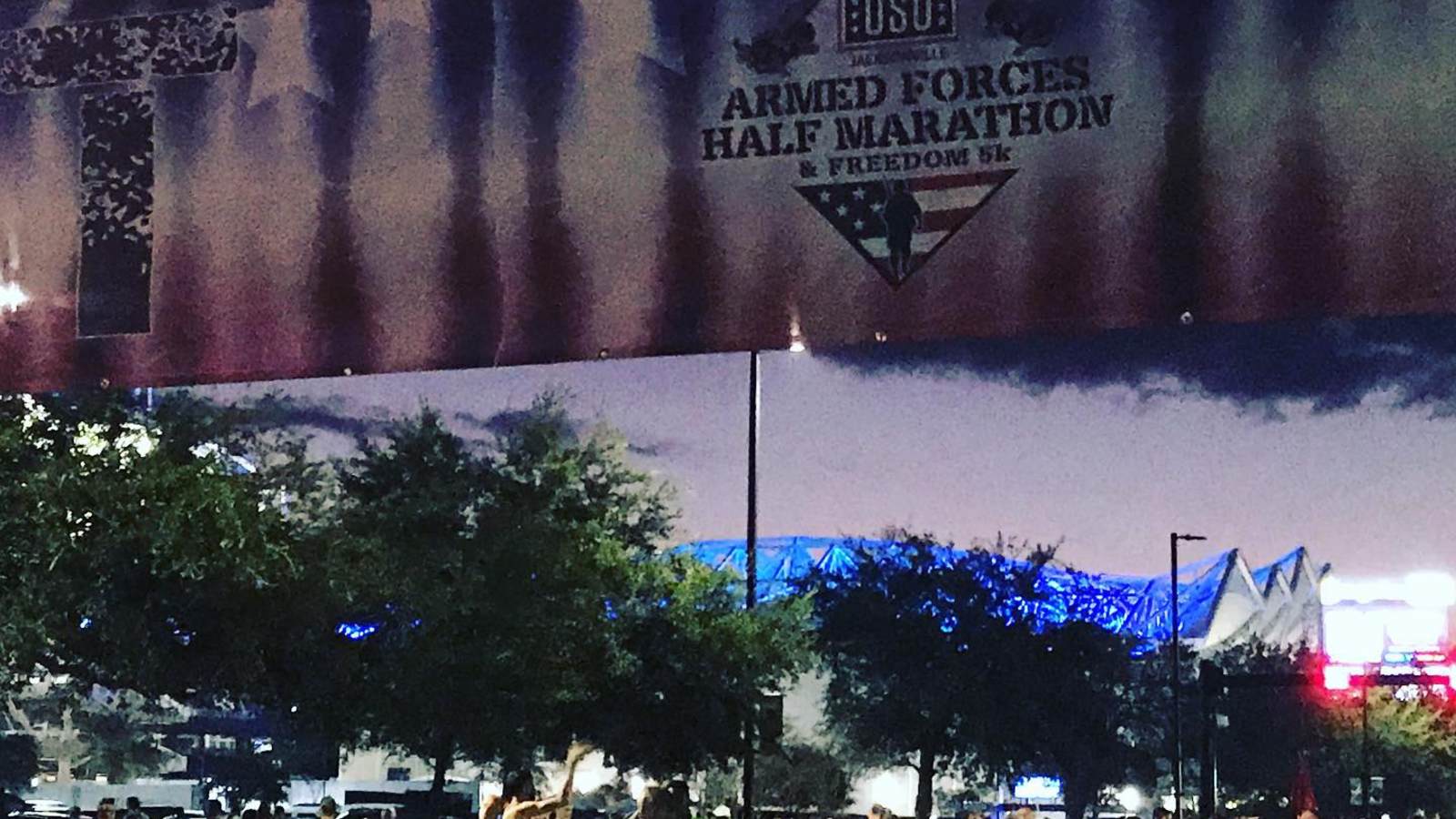 The 18th Annual USO Armed Forces Half Marathon and Freedom 5K will be held on Saturday, December 12, 2020. Due to COVID-19, this year’s race will be done virtually. Invite your friends, families and co-workers to run this year’s race. This virtual half-marathon and Freedom 5K run/walk will raise funds to benefit service members and their families through our programming.

In the spirit of fun competition between the five service branches of our U.S. Armed Forces, we’re asking you to support a TEAM. This is your opportunity to show support for the Branch that is near and dear to you – whether it be Team Navy, Army, Marines, Coast Guard or the Air Force – we ask that you join us for this race in support of our military service members right here in Jacksonville – the most military friendly city in the nation! Whether you’re an active duty service member, veteran, family member, friend or supporter, you can walk, run, and raise funds for the glory of your chosen TEAM! The branch with the most participants will win bragging rights for the next year.

To keep the tradition of the USO Armed Forces Half Marathon and Freedom 5K, on December 12th, our Executive Director, Mike O’Brien and representatives from our five service branches will run the Half Marathon LIVE from Downtown Jacksonville. Make sure you log on and cheer for them via LIVE on Facebook. Like our page, Greater Jacksonville USO and our USO Armed Forces Half Marathon and Freedom 5K page. This year, we also have opened up a SWAG store to look your best for the run. Stay tuned for our SWAG store link.