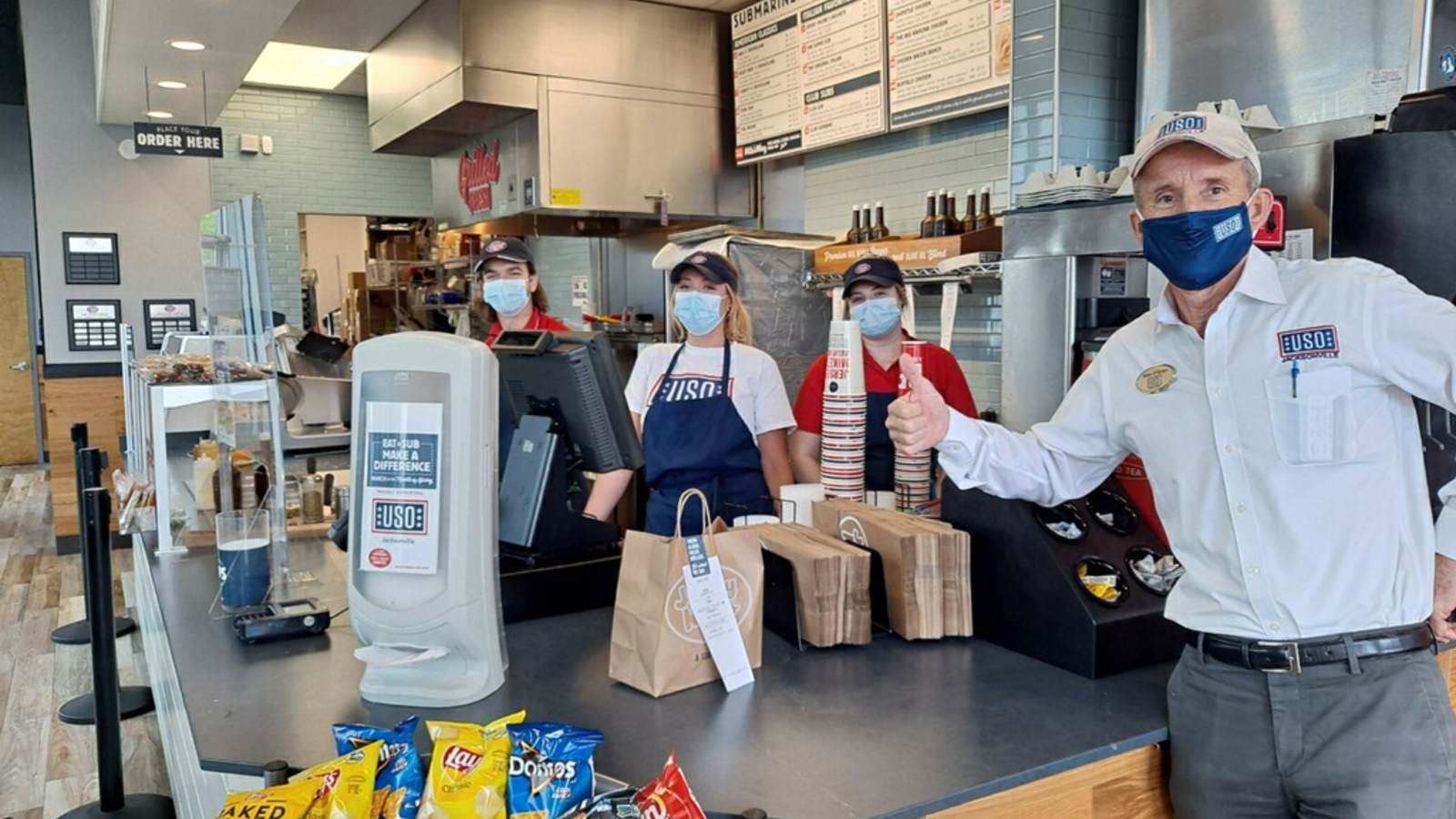 Mike O'Brien, Executive Director thanks the Jersey MIke's crew for their support! 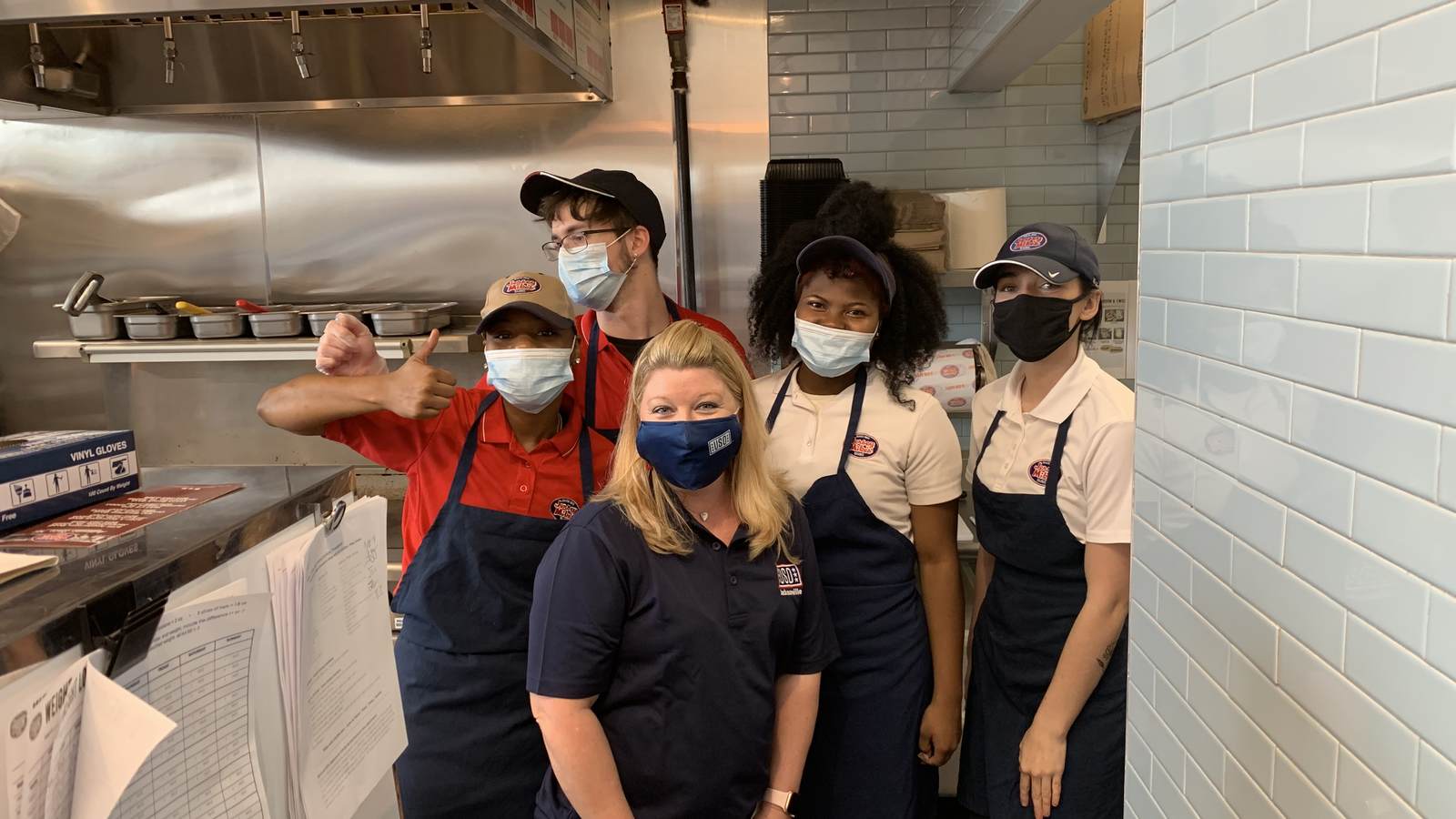 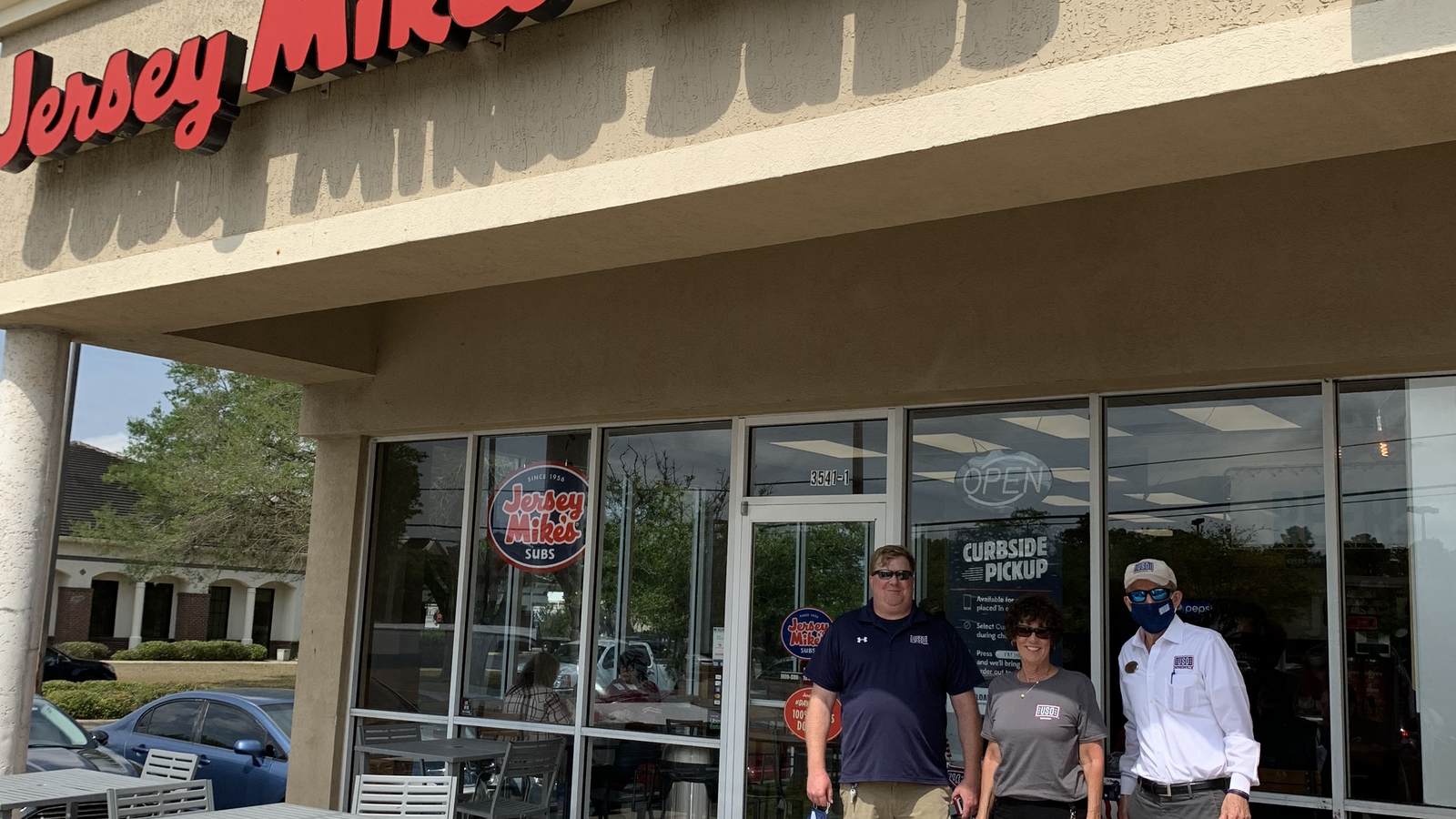 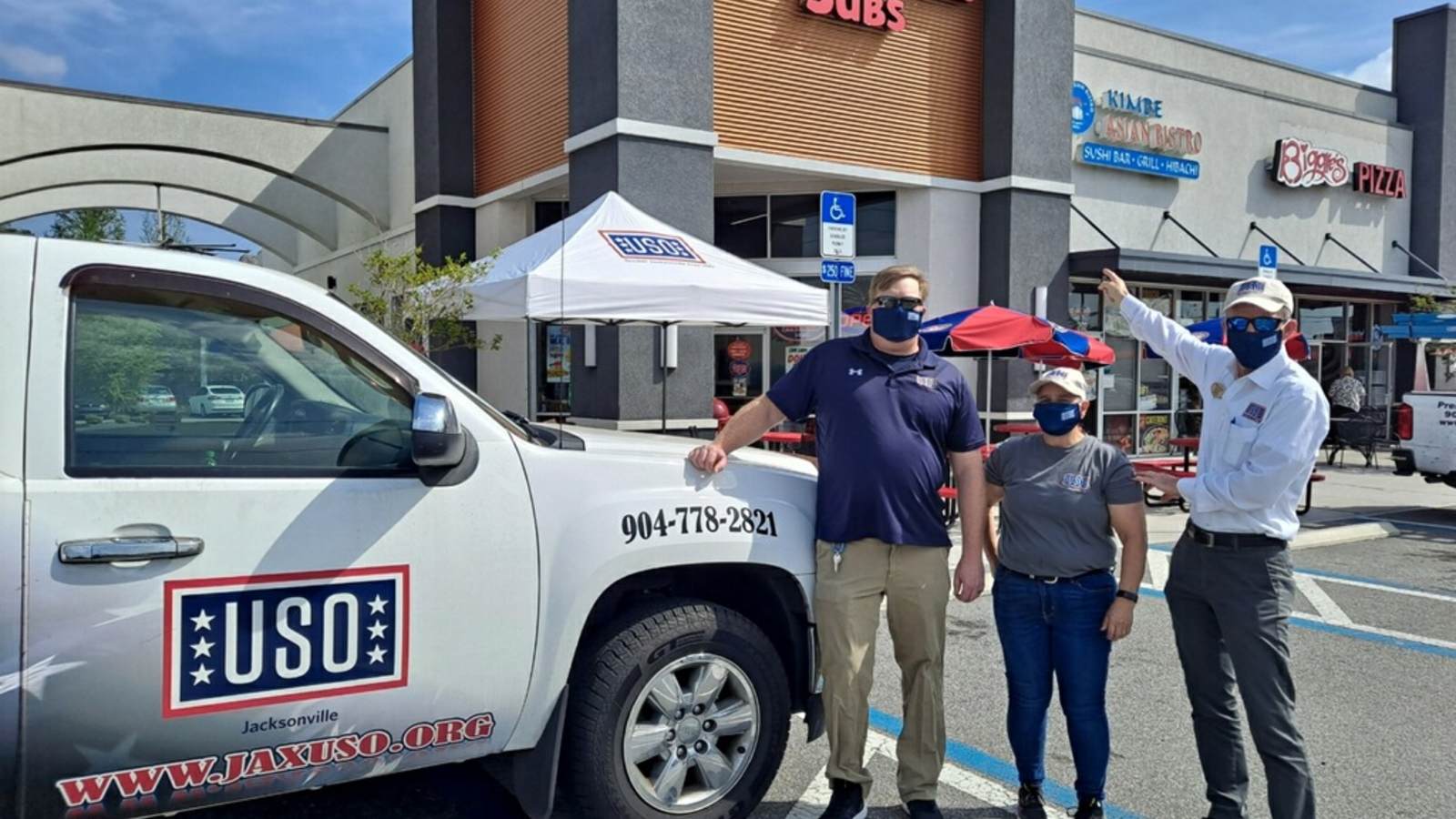 March 31st was Jersey Mike’s Day of Giving where 100% of all sales were donated to local charities throughout the enterprise and we are one of the lucky recipients!

Franchisee owner Drew Maider chose the JAX USO as the charity of choice for all 12 of his local stores. The JAX USO staff along with many awesome USO volunteers supported all the Jacksonville Jersey Mike’s Subs with USO banners, handouts, and thousands of thank you to all the customers purchasing meals.

We saw many employees buying for their entire offices. The Jersey Mike’s staff were incredibly engaged and excited to be supporting our military through the USO.

As our Executive Director, Mike O'Brien arrived at the last store he met up with Drew and gave him a huge bear hug, thanked him and his team for an incredible USO day and incredible Jersey Mike’s Month of Giving and especially the Day of Giving.

Drew told us that he just received a call from a generous donor that would pledge $10,000 to the USO. Drew said he’s never seen or heard anything like that in his 10 years with the company and he’s never experienced a Day of Giving like this year with all his stores supporting the USO, said O'Brien.

What was really cool about the entire Day of Giving was the engagement of the JAX USO staff and volunteers, the Jersey Mike’s Staff, and the Jersey Mike’s customers. It truly was a celebration of goodness by all.